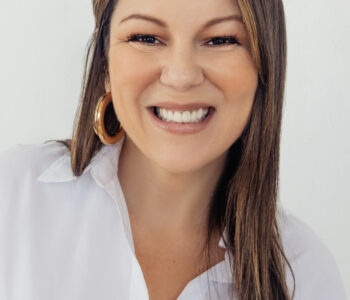 Talize Sayegh is an accomplished media producer and Founding Director of the Hollywood Brazilian Film Festival. She has over 20 years of business and production experience promoting awareness for her vibrant Brazilian culture in Los Angeles. Born in Rio de Janeiro, Brazil, she moved to California in 1989 and established her production company, Lis Productions at the young age of seventeen, specializing in providing cultural entertainment at companies events, including high profile corporations like Disney and Intel. Her experience includes working at the Rio Film Festival and The Los Angeles Latino International Film Festival among varied other achievements. Driven and passionate about developing the discovery of Brazil’s visionary artists to Hollywood audiences and industry, in 2009 she successfully launched the 1st Hollywood Brazilian Film Festival, whose mission is to advance awareness of the range of Brazil’s visionary new independent cinema and creative artists. 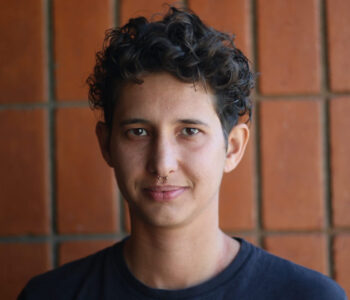 Cássio Kelm studied directing at EICTV, in Cuba. He directed 15 short films, which were awarded and screened at several festivals. “Soy” (2017) won the Special Jury Award for Student Documentaries at the IDFA in Amsterdam. “Mães do Derick” (2020) is his first feature film, screened at the Torino International Festival, in Italy. The film received a Special Mention Award at the Mix Brasil Festival. “Perto de Você” (2021) was screened at the IDFA and at Olhar de Cinema. He is a transmasculine person and manages the production company Haver Filmes. 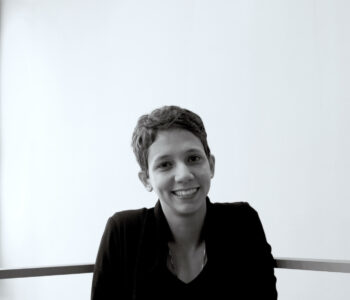 Alia Ayman is a doctoral candidate in socio-cultural anthropology at New York University where she is writing a dissertation on decoloniality, difference and the global circulation of documentary images. She is a cofounder of the Cairo-based Zawya Cinema and an independent film and moving image curator who has worked with Berlinale Forum, The International Documentary Film Festival Amsterdam (IDFA), BlackStar Film Festival, Flaherty NYC and Images Festival, among others. 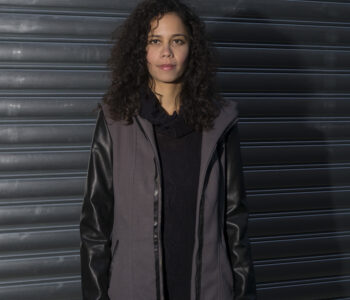 Letícia Simões was born in the city of Salvador, 1988. She holds an MA in Cine-Essay from EICTV, in Cuba, an MA in Contemporary Art Studies from UFF, in Rio de Janeiro, and is a doctoral candidate in Communication and Information at UFRGS/ Porto University. As a director and screenwriter, she signed the feature film trilogy about Brazilian literature “Bruta Aventura em Versos”, “Tudo vai ficar da cor que você quiser”, and “O Chalé é uma Ilha Batida de Vento e Chuva”; as well as the biographic documentary “CASA”. 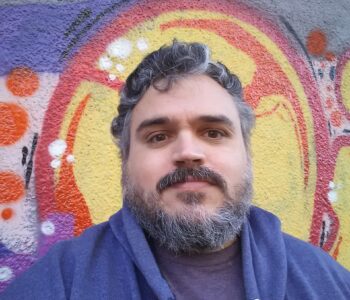 Diego Trerotola is a film critic, programmer and professor of film theory. Since 1996, he has curated several exhibitions of cinema in Argentina and collaborated with festivals in Spain, USA and Austria. He was a programmer at Bafici for six editions and Mar del Plata Film Festival for two editions. Currently he is the artistic director of the LGBTIQ+ film festival Asterisco. His writings on film were published in Argentina, Holland, Poland, South Korea and Spain. 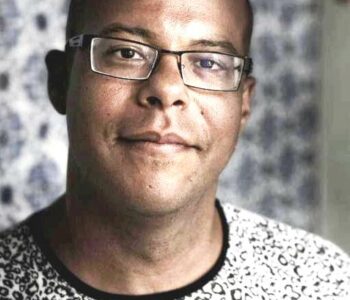 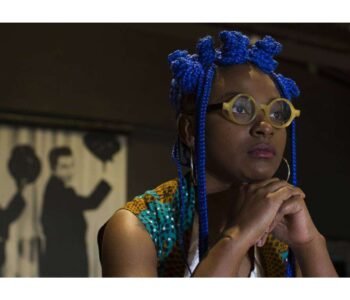 Viviane Ferreira is the Chief Executive Officer of Spcine, a film and audiovisual company in the City of São Paulo responsible for the development, financing, and implementation of programs and policies for film, TV, games, and new media sectors. A specialist in public policies for the audiovisual sector, she chaired and is one of the founders of APAN – Association of Black Audiovisual Professionals. She is a founding partner of Odun Filmes, and the Audiovisual Institute Women of Odun. She chaired the 2021 Oscar Selection Committee, responsible for nominating the Brazilian representative for the Academy Awards. 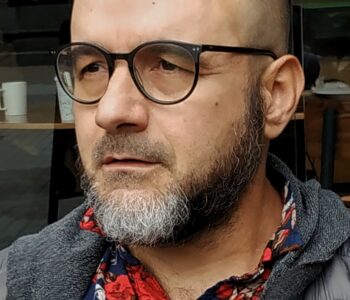 Pedro Adrián Zuluaga is a journalist and film critic from Colombia. He was Program Manager at the Festival Internacional de Cine de Cartagena de Indias-FICCI from 2014-2018 and editor of the film magazine Kinetoscopio. He’s the author of books such as Cine colombiano: cánones y discursos dominantes (Colombian Cinema: Canons and dominant discourses), among others, and of multiple articles in national and international media. 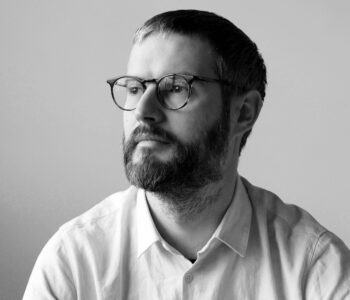 James Lattimer has been a member of the Berlinale Forum selection committee since 2011 and joined the Viennale in 2018 as a programming advisor. He was artistic curator of Documenta Madrid in 2020 and 2021. He co-directed the short film All Still Orbit with Dane Komljen and is co-writer of his recent feature Afterwater. As a critic he publishes in Cinema Scope, Sight and Sound and The Brooklyn Rail. He is co-editor of TEXTUR, an ongoing book series on contemporary directors published by the Viennale.

Documentary filmmaker and journalist. BA in journalism from USP and MA in Documentary and Film Direction from Goldsmiths – University of London. Editor of the “Plano Geral” podcast, alongside Thiago Stivaletti, and film columnist for Radio Band News FM. She covers the main international film festivals for Canal Brasil. She has written, narrated, produced, and directed several documentary and film projects. As a journalist, she has worked as a culture reporter for O Estado de S. Paulo for 15 years. As a curator, she has been a member of juries and selection committees for several competitions, public notices, and festivals. 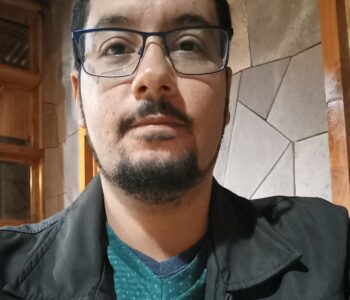 Member of the Brazilian Association of Film Critics (Abraccine), Rafael Carvalho writes for the newspaper “A Tarde” and for the website “Moviola Digital”. He holds a PhD in Contemporary Communication and Culture from UFBA and researches film criticism, cultural journalism, and reception studies within the field of communication. Professor of Journalism at the State University of Bahia (UNEB). Member of the curatorship team of Panorama Internacional Coisa de Cinema and facilitator in workshops and courses in critical writing. One of the organizers of the virtual film club Segundo o Cinema. 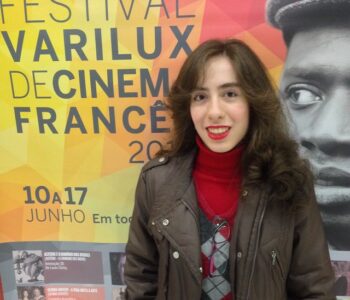 Letícia Magalhães is a historian and film critic. Born in the state of Minas Gerais, she started researching and writing about classic cinema in 2009 on her blog Crítica Retrô, still active and currently a bilingual blog. She also writes about contemporary cinema and TV shows for the online magazine “Ambrosia” and about representation and empowerment in the arts on the website “Cine Suffragette”, in which she is also an editor. She has collaborated in several e-books about cinema, in Portuguese and English, including the “Ida Lupino Dossier”, which she helped to organize. 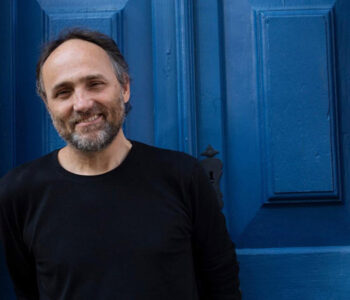 A member of FIPRESCI, Roger Koza works as a film critic for the Argentine newspaper La Voz del Interior and writes about film for the outlets Ñ and Quid as well as for the website Con Los Ojos Abiertos, in which he also works as editor. He currently hosts the television program “El Cinematógrafo” (channel 10 of the Universidad Nacional de Córdoba) and hosts “Filmoteca” (Televisión Pública de Argentina). Furthermore, he works as a programmer at the Hamburg festival in Germany and at the Viennale in Austria, having also collaborated with FICUNAM in Mexico. Koza is the artistic director of the FICIC and DocBuenos Aires festivals. He was a jury member at Rotterdam, Locarno, Golden Apricot, BAFICI, among other festivals. He has published essays and reviews in various collective books and catalogs. 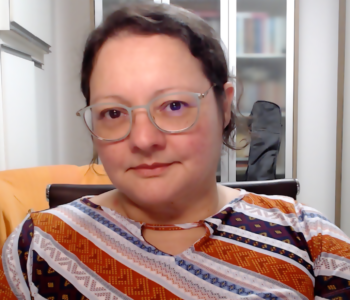 Professor in the Postgraduate Program in Language Sciences and the Undergraduate Cinema and Audiovisual course at UNISUL. Postdoctoral fellow at the University of Leeds. Fulbright Scholar-in-Residence Scholar. Vice President of SOCINE. Former Audiovisual representative at the State Council of Culture of Santa Catarina. Former president of the Municipal Film Fund of Florianópolis. Curator and judge at film and arts festivals and exhibitions in Brazil. 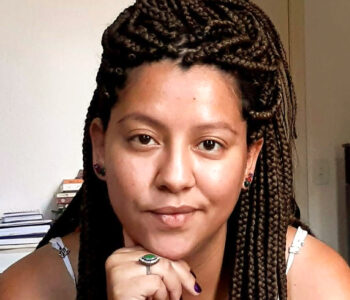